From the New York Times bestselling author of One Good Dog comes another heartwarming novel about humans and the dogs that save us.

This is a great series. I particularly enjoyed A Man of His Own and  One Good Dog. Also, The Fortune Teller’s Daughter, an earlier novel not in this series, is a great read. 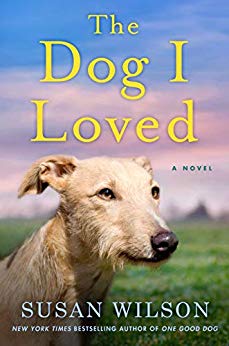 Book Description: Rose Collins is a free woman. After spending years in prison for a murder she didn’t commit, Rose has finally been released, and a mysterious benefactor has landed her a job as a project manager on a crumbling estate in Dogtown, an abandoned settlement with a rich history.

With the support of Meghan, a grumpy ex-soldier confined to a wheelchair after an explosion, who she met while training Shark, Meghan’s service dog, as part of a prisoner rehabilitation program, Rose begins to rebuild her life. As she settles in at Dogtown and learns more about the original residents – women who often lived alone, with only their dogs for protection – she feels a connection to them, and, for the first time, starts to believe that she might have a chance at a happy ending.

But when secrets from her past begin to emerge and threaten the life Rose has built for herself, she and Meghan must fight for their freedom, happiness, and the chance at redemption.

Preorder The Dog I Loved 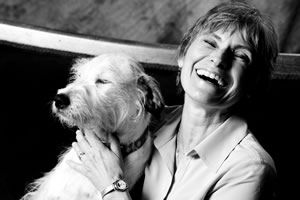 Susan Wilson is the author of nine well-received novels including her 2010 novel, ONE GOOD DOG, which enjoyed six weeks on the New York Times bestseller list and THE DOG WHO DANCED received the coveted Maxwell Medal for Fiction from the Dog Writer’s Association of America in 2012.

Her latest novel, TWO GOOD DOGS, was released in March 2016.

Her 1996 novel BEAUTY was made into a CBS Sunday Night Movie starring Jamey Sheridan and Janine Turner and can still be seen occasionally on the Lifetime network.

She lives on Martha’s Vineyard with her husband.  She has two grown daughters and three grandchildren.  Susan is also a horse lover with a Quarter horse mare, Maggie Rose.