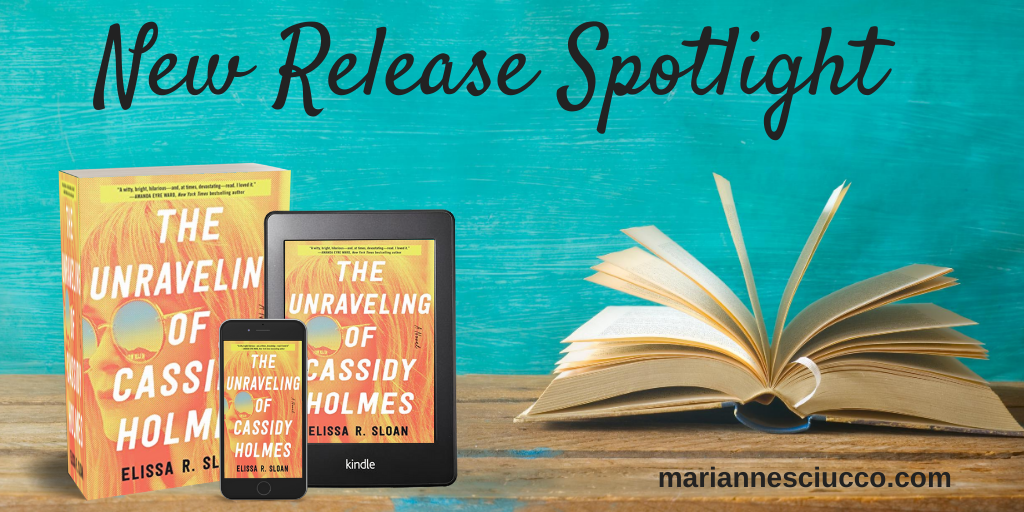 In the vein of Daisy Jones & The Six and Everything I Never Told You, this debut novel probes the dark side of fame after a former pop star ends her own life.
Cassidy Holmes isn’t just a celebrity. She is “Sassy Gloss,” the fourth member of the hottest pop group America has ever seen. Hotter than Britney dancing with a snake, hotter than Christina getting dirty, Gloss was the pop act that everyone idolized. Fans couldn’t get enough of them, their music, and the drama that followed them like moths to a flame—until the group’s sudden implosion in 2002. And at the center of it all was Sassy Cassy, the Texan with a signature smirk that had everyone falling for her.
But now she’s dead.
Suicide.
The world is reeling from this unexpected news, but no one is more shocked than the three remaining Glossies. Fifteen years ago, Rose, Merry, and Yumi had been the closest to Cassidy, and this loss is hitting them hard. Before the group split, they each had a special bond with Cassidy—truths they told, secrets they shared. But after years apart, each of them is wondering: what could they have done?
Told in multiple perspectives—including Cassidy herself—and different timelines, this is a behind-the-scenes look into the rise and fall of a pop icon, and a penetrating examination of the dark side of celebrity and the industry that profits from it.
Reviews

“The Unraveling of Cassidy Holmes is a page-turning peek inside the glamour and brutality of life as a pop star. Sloan takes us on a wild ride through the world of music video shoots, expensive hotels, and arena tours—showing us the darkness that threatens just below the surface.” —Taylor Jenkins Reid, New York Times bestselling author of Daisy Jones and The Six

“I didn’t know I was waiting for a smart, literary writer to craft a novel about the rise and fall of a teen star akin to Britney Spears until I discovered The Unraveling of Cassidy Holmes. A witty, bright, hilarious—and at times devastating—read. I loved it.” —Amanda Eyre Ward, New York Times bestselling author of The Jetsetters

Elissa R. Sloan grew up in Houston, Texas. Born to a Japanese immigrant mother and Jewish American father, Elissa understands the importance of representation in stories and media, and cites Claudia Kishi as one of her young heroines. Elissa attended The University of Texas at Austin, concentrating on WWII history and English. When she’s not writing, Elissa is also an artist and professional photographer, spending the last decade shooting weddings for a living. Though she’s not a gossip in real life, she loves to keep up with celebrity dirt; her debut novel, The Unraveling of Cassidy Holmes, was borne from that interest. She currently lives in Austin with her husband and two cats in a house with a rolling library ladder.

The secrets that might save a nation could shatter a marriage.

Madly in love, Diana Foyle and Brent Somerville married in London as the bombs of World War II dropped on their beloved city. Without time for a honeymoon, the couple spent the next four years apart. Diana, an architectural historian, took a top-secret intelligence post at Bletchley Park. Brent, a professor of theology at King’s College, believed his wife was working for the Foreign Office as a translator when he was injured in an attack on the European front.

Now that the war is over, the Somervilles’ long-anticipated reunion is strained by everything they cannot speak of. Diana’s extensive knowledge of London’s churches could help bring down a Russian agent named Eternity. She’s eager to help MI6 thwart Communist efforts to start a new war, but because of the Official Secrets Act, Diana can’t tell Brent the truth about her work.

Determined to save their marriage and rebuild the city they call home, Diana and Brent’s love is put to the ultimate test as they navigate the rubble of war and the ruins of broken trust.

Rachel McMillan is the author of the Herringford and Watts mysteries, the Three Quarter Time series of contemporary romances set in opulent Vienna, and the Van Buren and DeLuca mysteries praised for bringing an authentic 1930’s Boston world to life while normalizing the fictional conversation surrounding mental illness. She is also the author of Dream, Plan and Go: A Romantic’s Guide to Independent Travel and A Very Merry Holiday Movie Guide, which explores her love of made-for-TV Christmas movies. Her upcoming historical romances The London Restoration and The Mozart Code (Harper Collins) take readers deep into an atmospheric look at post-war London, Vienna and Prague. Rachel lives in Toronto, Canada. 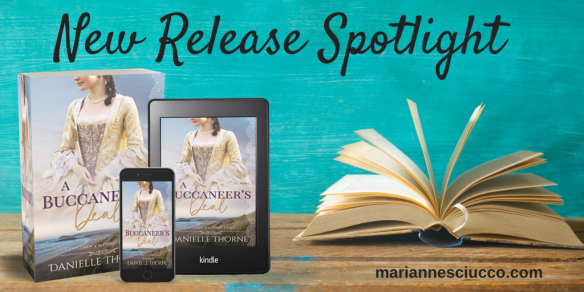 A pirate is haunting the coast of New Spain…

Emma Montego is sure she’s safe within Pensacola’s protected harbor even if she feels trapped in her role as a nobleman’s daughter. Her stern papa, Don Marcos, insists that she keeps a companion and stays in the courtyard. When a forbidden midnight walk along the shore goes awry, Emma must choose between respecting everything her birth father has done for her or making a deal with a devil in disguise.

Phillip Oakley has slipped in and out of Pensacola unnoticed for years until the alluring American-born daughter of Don Marcos crosses his path. If she recognizes him, his swashbuckling days as the infamous Captain Redbird are over, so only a deal will do. Phillip will do anything to protect his friends in the bayou and his crew aboard the Revenge, but Emma needs a way to escape being sent overseas to her father’s homeland.

Can Phillip make a deal with Emma that she’ll keep? Or will the little señorita ruin everything when she turns the tables with a new proposal that costs him everything—including his heart?

This novel is a stand-alone historical romance with echoes of North American history, the American Revolution, West Indies piracy, and Regency era charm. 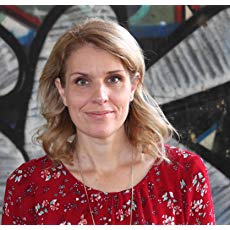 Danielle Thorne is the author of classic romance and adventure in several genres. She loves Jane Austen, pirates, beaches, cookies, cats, dogs, and long naps. She doesn’t like phone calls or sushi. A graduate of BYU-Idaho, Danielle saw early work published by Arts and Prose Magazine, Mississippi Crow, The Nantahala Review, StorySouth, and… you get the idea. Besides writing, she’s edited for both Solstice and Desert Breeze Publishing. Her growing blog, The Balanced Writer, focuses on writing, life, and the pursuit of peace and happiness. Currently, Danielle freelances as a non-fiction author while waiting to hear from readers like you through her website. During free time, which means when Netflix is down, she combs through feedback and offers virtual hugs for reviews. Her next historical romance is coming soon.

Read all of the Gentlemen of the Coast Books
1. A Smuggler’s Heart
2. A Captain’s Bride
3. A Buccaneer’s Deal

Note: I am an Amazon Associate and may earn a small commission from book sales. 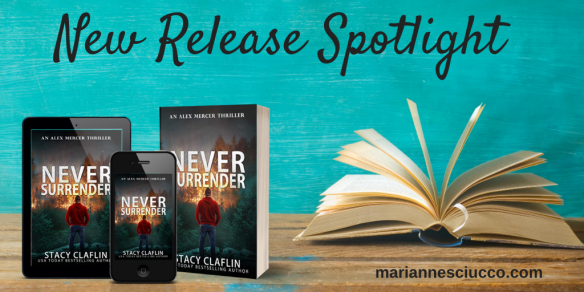 Alex Mercer thought his worst days were behind him.

Instead, his life is falling apart from the seams. Again. While his marriage is on the brink of divorce, his daughter is once more the target of a potential abductor. Alex will do whatever it takes to keep her safe while working to get to the bottom of the infamous kidnapping ring once and for all.

He believes one of his superiors in the police department to be involved with the criminal mastermind, and he will do anything to prove it. But if his suspicions prove wrong, it will end his career. Alex must weed out friend from foe before his daughter disappears.

His focus is being pulled in so many directions, something is bound to fall through the cracks—and soon. If he can’t keep both his family and job intact, he will lose everything. And this time, there will be no salvaging any of it. 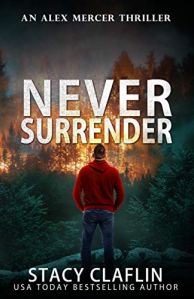 I’m Stacy Claflin, a two-time USA Today bestselling author who has published sixty books at the time of this writing. I’ve always been an avid reader and a writer. When I was a teenager, I was always in the middle of reading at least five books at a time. Not only could I keep up with each storyline, but I also never needed a bookmark! These days, I’m lucky to remember why I went into the kitchen. There’s more to me than writing and reading. I’m the mom of two smart and hilarious boys that I educate from home. I love hiking and being active outdoors. There isn’t anything better than spending time with family and friends! I also enjoy watching a wide range of shows, such as Supernatural, Reign, The Walking Dead, Haven, Pretty Little Liars, Stranger Things, Dexter, Designated Survivor, and Glitch. I’m also obsessed with true crime podcasts and taking online courses to improve my writing craft.

I’m a thyroid cancer survivor. I’ve been cancer free since 2008. Get your thyroid checked!