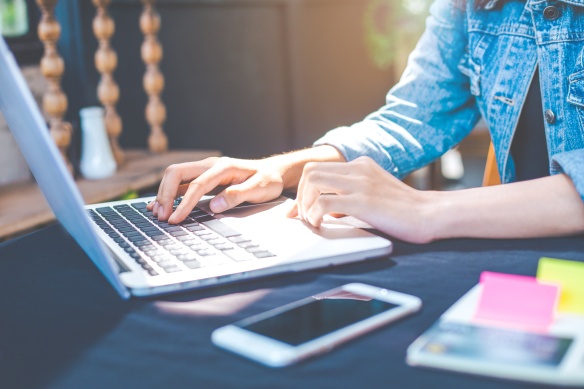 In writing circles, there’s much discussion as to whether one is a pantster or a plotster.

The pantster is the writer who has a general idea of where her story’s going and often allows it to take off in its own directions, where the characters dictate the scenes, dialogues, and plot twists. She’s basically writing from the seat of her pants, picking up details and action as the story evolves. It’s an undisciplined approach but many writers will say the uncertainty involved fuels and motivates them to see where the story goes.

The plotster takes a more disciplined approach, has the entire story mapped out in her head and on paper or her writing device. Her notes include elaborate outlines, character descriptions, back story, and more. Each scene, each chapter, is well planned. There is little room to run off on tangents or be spontaneous. Many of these writers will say this ensures they get the work done in a timely manner. They need structure to meet deadlines and achieve their goals.

Is one method better than the other? If you asked a hundred writers you’d get a hundred different answers. For me, a more hybrid approach seems to work.

When I  start a new story I have to feel comfortable with what I’m writing, and actually have something to write. I’m not one to sit in front of a blank page and wait for inspiration. The inspiration has to be eating at me for a while before I start typing. I need at least a working title, a theme, the setting, a few well-thought out characters, and a series of scenes in mind that will drive the story from beginning to end. Sometimes I write this stuff down on random slips of paper or in designated notebooks. For the most part it’s locked in a special vault in my writer’s mind.

But I don’t like feeling confined and am willing to explore new directions and plot twists as they arise. For example, I’m writing a new story, “A Wedding at Blue Hydrangeas,” which is another prequel to my novel “Blue Hydrangeas, an Alzheimer’s love story.” As I approached the end of  Chapter One, it went like this:

(Sara, our heroine, is working with her friend Rose in the garden, getting it ready for the wedding just three days away.)

Several minutes passed before the sound of a truck clamoring up the driveway caught their attention. They watched as the grounds crew exited their vehicles, unloaded equipment, and got to work mowing the lawn. The crew foreman ambled over to Sara.

“Good morning,” he said, tipping his baseball cap. “We’re here to mow the lawn, reseed where necessary, and clean up any debris. Anything else you’d like, Mrs. Harmon?”

“No, Harvey, that sounds fine,” Sara said, “although Jack will be back any minute and he might have something else for you to do.”

“When are you going over to my house?” Rose asked as she shaded her eyes from the sun.

“You’re on the list for this afternoon, Mrs. Fantagucci.” Harvey said. “When will the tents be delivered?” he asked Sara. “I want to be out of the way before they arrive.”

“Later this afternoon,” she said. “You’ve got plenty of time.”

“Sure enough,” he said, backing away. “I’d better get back to my men. If I don’t keep an eye on them we’ll be here twice as long as we need to be.” He turned and headed back to his crew.

“Nice enough man,” Rose said, “and he does excellent work.”

“Thanks for the recommendation,” Sara said. “And thanks for recommending Cape Cod Party Rentals. They’ve been very helpful, and the prices are reasonable.”

“I’m just trying to help two friends get what they need. After you’ve been here a while you’ll be a matchmaker too.”

Sara laughed. “I never thought of it that way. Jack calls it ‘networking.'”

“Different word, same meaning.” Rose turned at the sound of another vehicle chugging up the long driveway. “Is that Jack?”

Sara turned also. “It sure is. Who’s he got with him?”

Who’s he got with him? I have no idea! In fact, I had no idea Harvey was going to be in the conversation either, but he showed up and helped move the story along by showing the men at work (which was mentioned earlier) and to bring up the subject of the tents. My story had a basic outline, but these little details not only show the friendship between Sara and Rose, they impart additional information that sets the scene without doing an info dump.

Back to Jack. There are a number of people he could have with him. Obviously Sara did not expect him to bring anyone home with him so whoever it is is a surprise. He picked someone up. Was it at the bus station? Was it prearranged? I’m as surprised as she is, and will have to ponder this before I continue with Chapter Two. This is where being a pantster has its disadvantages. I’m temporarily stymied. But it was a good place to end Chapter One, and I’m curious to find out who the mystery character is.

A similar thing happened when I was in the proofreading stages of my most recent story, Christmas at Blue Hydrangeas, another prequel in this series. I was just about to enter publishing mode when I got the idea to add a cat to the story. So in the final edits Fluffy appeared and consumed a couple of paragraphs in Chapter Two, and made two minor appearances later on. But Fluffy was necessary, and I was surprised I hadn’t thought of him before. In the mother story, Blue Hydrangeas, Sara has two cats, so it was only natural she’d have a cat in this story, which predates the first by about 30 years.

So I basically make use of  both pantster and plotster tactics. Do I prefer one over the other? No. My repetitive strain injuries make it imperative for me to have some sort of plan when I sit down to write (even a simple blog post) but I’m open to chasing after new ideas, creating new characters, and coming up with surprises, even if I end up stymied and set my schedule back.

What about you? Are you a pantster, a plotster, or a hybrid? How’s that working for you? Please leave a comment. Those who do will be entered into a raffle for their choice of  a Kindle copy of Blue Hydrangeas, an Alzheimer’s love story or Christmas at Blue Hydrangeas.

4 thoughts on “The Writing Life: Are You a Pantster or Plotster? How About a Hybrid?”