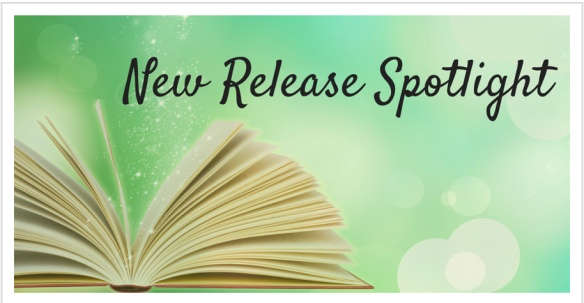 February 1933: Nancy Wake is a gregarious twenty-year-old looking for adventure. Having fled her unhappy family home in Sydney, she becomes a journalist and is thrilled when she is posted to Paris. The city is glamorous, brimming with journalists, artists, and a growing number of refugees.

Later, in the French Riviera, she uncovers more than news following a chance encounter with wealthy industrialist, Henri Fiocca. Their relationship blossoms as Hitler makes waves across Europe. While on an assignment in Vienna in 1938, she witnesses Nazis whipping Jews on the street and she vows to fight for justice if ever the opportunity arises. 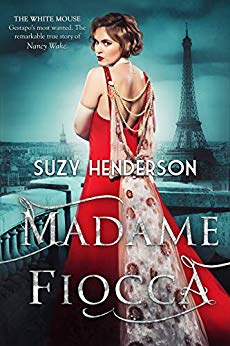 When Henri is called to the Front to fight, Nancy, determined to help the war effort, joins the Red Cross as an ambulance driver. Every day she witnesses atrocities. When Paris falls, Nancy flees the German oppressors and returns to Marseille. France is a nation defeated; its people are in despair.

A chance encounter with a British officer draws Nancy into the heart of the Garrow escape network, despite Henri’s reservations. Armed with wealth and charm, she convinces Henri that the Germans will never suspect such a woman. But soon she finds herself caught up in a deadly game of espionage.

As the iron fist of the enemy tightens, neighbours denounce neighbours. No one can be trusted. When the enemy closes in, Nancy and Henri face an impossible choice. Has she done more harm than good?

Based on a true story of love and a gripping adventure, Madame Fiocca weaves an extraordinary tale of survival and redemption in wartime.

Picon raised his head, his nose twitching as he sniffed. I crouched down, ran my hand along his back, the hair wiry like a coconut skin, then unclipped his tan leather leash. The morning air, salty, fresh as a gentle breeze, blew in from the ocean, lifted my hair. He trotted by my side as we made our way across the beach, then I watched him gallop down to the water’s edge. The tide sailed out, then shushed back in, slipping over his white paws, and Picon yapped as he ran away from its hold, back to me. I giggled. Grainy sand clung to my toes, burning my soles and I wandered to the water’s edge. The next wave washed over my feet, lukewarm. I glanced down as squidgy sand shifted beneath my weight. A wave rolled in my head as I wavered.

After our walk, I found a table on the hotel terrace. In the distance, I glimpsed Marie in her white bathing suit as she waded into the ocean while Richard waved from waist-high depths, white crested waves crashing around them. As I waited for the waiter to bring my coffee and croissants, I noticed Henri Fiocca seated at a nearby table with a female companion. What a coincidence, or a sign, perhaps. He never did call, although I had been away many times on assignments. He was a womaniser, a playboy. Some men simply weren’t the settling down types.

Henri was tall, medium build with sultry hazel eyes. He oozed a certain charm, with suave and sophistication, and rarely ventured out without a glamorous woman on his arm. I had no idea of his age, but I guessed he was older than me, more likely closer to my elder brother, Stanley’s age. He glanced over and smiled. I smiled back and turned away. I had no idea how he managed to have a steady stream of girlfriends. Of course, I’d had my share of dates, but nothing serious. But as much as I hated to admit it, Henri Fiocca was an enigma, and the first man to rouse my curiosity.

We dined outside on the terrace at eight while the sun slipped from her celestial pedestal. Marie sat behind a hand-held oriental fan in shades of blue and pink, her face flushed, smothered in a sheen of perspiration. The day had been long and hot, but the evening dragged a refreshing, delicious breeze from the ocean, to fan my brow and cheeks. Dusk settled by the time we’d finished, and waiters stepped from table to table lighting tealight candles. The sapphire sky glittered with stars; a purple-pink band stretched tight across the horizon. Two violinists serenaded the diners, sweet, melodic notes swayed and scythed into the night, lulling me into a relaxed, almost sleepy state. Marie wore an elegant salmon pink silk dress with lemon flowers embroidered on the chest, her mahogany cigarette holder precisely poised within the fingers of her right hand. Her bright eyes serene, sharp, taking everything and everyone in, forever the huntress. Focussed and determined, ruthlessly uncovering stories and reporting the news, generally without emotional involvement, and sometimes I wished I was more like her. I couldn’t detach myself from suffering or injustice. Perhaps I should have considered a career in politics. At least then one can make a difference.

‘You look tired, Nancy,’ Richard said, a broad grin crinkling his eyes at the corners.

‘Tired? She has enough stamina for the three of us.’ Marie laughed. ‘Let’s go to the casino tonight.’

We’d spent the last two nights at the casino, which was probably the reason for my fatigue. Poor Picon was exhausted, and tonight I’d left him to sleep in my room.

‘Let’s dance.’ Richard took my hand and pulled me to my feet.

As he led me in a gentle waltz to the rhythm of violin music, a fizz of energy gushed through my veins, and I smiled as we took centre stage, dancing before the ocean, beneath the diamante twilight. Couples dined around us, their low murmur of chat a mere vibration. The present tune ended, and a new one began. The Tango. The dance of love. And I loved it. Richard was only slightly taller than me, the perfect partner, height-wise. As we sailed across the terrace, the hairs prickled at the nape of my neck, and then I saw him. Henri Fiocca, sat with his blonde companion from earlier, enjoying an aperitif, his gaze firmly fixed on us. I’m not sure why he caused me to feel so unsettled, but everything I did from then on made far more difference. My appearance, behaviour, everything mattered, and over the following week, I realised that I spent more time in front of the mirror, perfecting my hair, touching up my lipstick, deliberating over what to wear as a fluttering grew in my tummy like a kaleidoscope of butterflies.

Over the next few days, I swam, enjoyed meals with friends, and spent my evenings at the casino, occasionally bumping into Henri, watching in awe as he appeared with a different girl each time. And then one evening, as I strode into the hotel lounge looking for my friends, I found him alone at the bar nursing a brandy, looking vulnerable and brooding. He spun around and flashed that playful grin of his as soon as he saw me and, like a magnet, drew me in, my heart drumming the Marseillaise, beating my ribcage beneath my black silk evening dress. I smiled as we greeted one another in the French way, exotic spices and cedarwood wafting in the air; divine.

‘Bonjour, Noncee,’ he said, his voice like velvet. He put his glass down on the bar and took my hand. ‘It is a pleasure to meet you again.’

I gazed into his eyes, dumbstruck for a split second as my heart thumped against bone. ‘Bonjour.’ He hung onto my hand as if waiting for something. I swallowed. 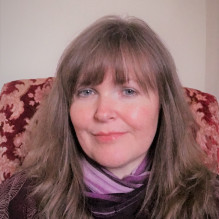 I live with my family on the edge of the Lake District, an area that has always inspired me. After a career in healthcare, I studied creative writing and English at The Open University and fell in love with writing. Armed with a pen, a love of reading and a growing obsession with military and aviation history, I slipped seamlessly into writing historical fiction.

Other interests include music, old movies, and photography – especially if WW2 aircraft are on the radar. I write contemporary and historical fiction.

My debut novel, The Beauty Shop, has been awarded the B.R.A.G. Medallion.